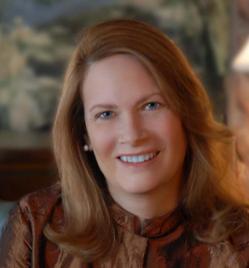 Sharon Devereaux studied at the University of Durham first in 1976-77 during her "senior year abroad" while an undergraduate student studying Biology at Mundelein College (now of Loyola University, Chicago). In Durham, Sharon resided in St. Mary's College under the auspices of a program sponsored by the Institute for European Studies. The thirty-five Americans studying at Durham that year enjoyed a Thanksgiving feast together then a Spring holiday to Malta and Italy.

Years later, in 2005, Sharon completed her Master of Business Administration (M.B.A.) studies at Durham Business School via the Distance Learning programme. The congregation ceremony was held on a beautifully sunny July 1st and the graduands gathered at the Grand Hall of University College/Castle then processed from Durham Castle across Palace Green to Durham Cathedral.

An Abbott Diagnostics retiree with 27 years of service, Sharon continues her volunteer work for several not-for-profit groups. She was Board Director and C.E.O. Emeritus of The Carcinoid Cancer Foundation. At Abbott, Sharon held many positions, including as a research scientist who was named as an inventor on numerous U.S.- and Foreign-issued patents; as a medical writer; and as a senior manager of division-wide training overseeing worldwide initiatives. In addition to leading many Abbott-sponsored community events, Sharon had also managed numerous Leadership Forums and led a planning committee for Abbott's Women Leaders in Action Events Committee.

Serving the community for years, Sharon currently serves as a Director for Furthering the Lives of Youth (FLY). Sharon has held positions on the national board of American Medical Writers Association (AMWA) and served on The Bridge Youth & Family Services Building Bridges Committee and on the board of Chicago Master Singers. In years past, Sharon served as community counselor for an au pair agency. A supporter of the Gateway for Cancer Research (formerly known as Cancer Treatment Research Foundation), Sharon served as a committee member for the inaugural event of the Walter Payton Cancer Run. In February 2007, Sharon launched The Zebra Ball - Stars for the Stripes, an awareness and fund-raising campaign for carcinoid cancer and neuroendocrine tumors (NETs). Mayor Daley of Chicago issued relevant awareness proclamations each year. February 2010 was Chicago's Carcinoid Cancer/NETs Awareness Month.

Sharon and her husband, Patrick, live in Hampton, New Hampshire and have three grown children: daughters, Jaime and Allison, and son Peter.