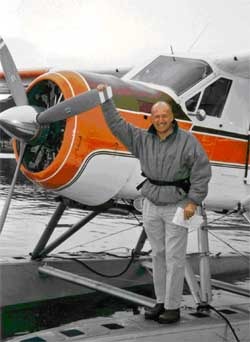 Tony Wells graduated in 1965 from St. Cuthbert's Society, where he was Captain of Boats and President of the Junior Common Room. He was a career Naval Officer, graduating from BRNC Dartmouth, and became the first serving Royal Navy officer to be awarded a PhD, from King's College, London. His mentor was Professor Sir Harry Hinsley, the Bletchley Park Code Breaker.

Tony was honored to be one of only three oarsmen elected a member of the London Rowing Club in 1967. He is still an LRC member. In addition to Durham rowing Tony rowed in the Dartmouth, Royal Navy, and Stratford-upon-Avon Boat Club eights.

Tony was appointed to Washington DC in 1976 to work for the US Chief of Naval Operations, and also served in the nuclear powered cruiser USS Bainbridge in the Third Fleet, US Pacific Fleet. As a Commander he led for several years Special Programs within one of the UK Intelligence Directorates. In 1983 he returned permanently to Washington DC, having retired from the Navy aged 39. He became a US citizen, led several significant programs during the Cold War, and traveled globally. He later formed a Partnership with a former Ranking Member of the House Armed Services Committee of the US House of Representatives. In 1992 he became the Chief Executive Officer of TKC International LLC, a US national security corporation working exclusively for the US government that specializes in counter terrorism and asymmetric warfare. He was the Technical Director for Fleet Battle Experiments ALPHA and BRAVO in the Third Fleet, US Pacific Fleet and led game changing programs in the US intelligence community. He retired from TKC after 24 years of service, and became the President of Resilient Technology Solutions LLC that specializes solely in unique technology to find incipient structural failure in bridges and other structures.

Tony has contributed to several defense related books, written multiple professional articles, and two novels, Black Gold Finale and The Golden Few, that reflect his unique experience as the only living person to have worked for both British and US Intelligence as a British and US citizen respectively, and to have served at sea and ashore in both countries' Navies. In January, 2017 the United States Naval Institute Press publishes his major work, A Tale of Two Navies: Geopolitics, Technology, and Strategy in the United States Navy and the Royal Navy, 1960-2015. He received a Literary Award from the US Navy Submarine League. He was made an Honorary Crewman of the USS Liberty by the USS Liberty Veterans Association for his work on the June War of 1967 (USS Liberty is the most highly decorated warship in a single action in the history of the US Navy). He succeeded the late Admiral Thomas Moorer (former Chairman of the Joint Chiefs of Staff and Chief of Naval Operations) and the late Rear Admiral Mark Hill as the third Chairman of the USS Liberty Alliance. He will deliver the Keynote Address on board HMS Victory in Portsmouth to the UK Intelligence community to commemorate the 100th anniversary of the famous Zimmermann Telegram (January, 1917). He is a Visiting Senior Research Fellow at King's College, London, Department of War Studies.

He was called to the Bar by Lincoln's Inn while a serving Royal Navy officer. He has used his legal training in law of the sea (UNCLOS) and terrorism related matters. He wrote, for example, a seminal piece defending the legality of the US government's killing of Osama Bin Laden.

Tony is married to Dr. Carol Vervain Evans, a former member of the CIA STAP, with two sons and two daughters, and eight grandchildren. They own a Black Angus cattle farm, and an organic drive in tomato business in the summer months in Virginia. Tony still skis on the US National Ski Patrol, and is an NSP Instructor and Examiner, continues to fly airplanes of different types, including multi engine seaplanes, is an active FAA Flight Instructor, and is the Vice President and a Life Member of The Plains, Virginia, Volunteer Fire and Rescue Company. He is an Advisor to the Sheriff of Fauquier County, Virginia.

Tony cannot stay away from the sea. He is the Skipper and owner of the ocean going sailboat "Vervain". He plans to sail Vervain from her home port of Annapolis, Maryland, to the Mediterranean to his favorite port, Port Mahon, in Minorca.

Tony's personal motto - live each day as if it was your last - it is always later than you think.